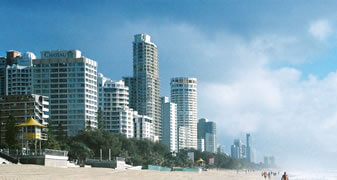 WASHINGTON – The effort in Congress to provide a marketplace alternative to the National Flood Insurance Program has begun anew, as legislation that passed the House last year has been reintroduced in the House and Senate.

The move is being greeted enthusiastically by insurance industry groups.

The Property Casualty Insurers Association of America urged Congress to pass the bill. “PCI supports the viability of a competitive private insurance market for the benefit of consumers and insurers, and believes that good insurance supervision recognizes the wide variety of property-casualty business models that can increase private competition,” said Nat Wienecke, PCI’s senior vice president, federal government relations, in a written statement. “This commonsense legislation clarifies the intent of Congress that private flood insurance should be an option available to homeowners.”

Jimi Grande, the National Association of Mutual Insurance Companies senior vice president for government affairs, said in a statement the legislation “takes a small but important step” in the reform process by increasing consumer choice. “Today’s legislation opens the door for more competition in the flood insurance marketplace but Congress must take significant steps toward charging actuarially sound rates if it wants to foster a private market for flood insurance,” Grande said.

The Independent Insurance Agents & Brokers of America said the bill allows private flood insurance to meet NFIP continuous coverage requirements. Policyholders can obtain NFIP coverage without losing any grandfathered status if they leave the program for private market coverage but find the private coverage is inadequate. Charles Symington, Big I’s senior vice president of external and government affairs, said having an active insurance policy — regardless of whether it was through the NFIP or the private market — should be considered continuous coverage for purposes of NFIP rating requirements.

The Big I also said the bill clarifies that a private flood policy can support the NFIP mandatory purchase requirement for flood insurance and allows state regulators to determine what private market insurance is acceptable.

While Symington said he supports a reformed NFIP and a slow increase in private market involvement, he said without a viable private market alternative for policyholders, the Big I will push for NFIP reauthorization before it expires on Sept. 30, 2017.  (By Thomas Harman)