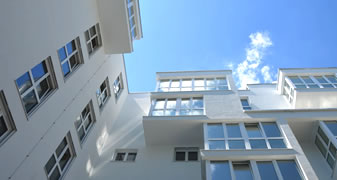 SAN DIEGO – Insurance groups back proposals drafted by a National Association of Insurance Commissioners’ panel to reform the National Flood Insurance Program, including a long-term
reauthorization and changes to allow insurers participating in the program to sell private insurance outside the NFIP.
The comments were in response to the NAIC’s Property and Casualty Insurance Committee’s initial draft recommendations, which could serve as recommendations to Congress when it considers
reauthorizing the NFIP, which expires Sept. 30, 2017. The NAIC is holding its summer meeting in San Diego.
The draft said reauthorization should be set for a 10-year minimum in order to avoid short-term extensions and program lapses, which create insurance and housing market uncertainties.
The draft would require the Federal Emergency Management Agency, which administers the NFIP, to eliminate its noncompete clause in order to allow companies in the Write Your Own portion of the NFIP to sell stand-alone private insurance outside of the program. The FEMA earlier this year proposed several changes to the WYO program that would make it easier to modify policy terms
(Best’s News Service, May 24, 2016).
Also, the proposal would have Congress encourage greater private flood insurance market growth to complement the NFIP in order to widen consumer choice. To that end, the proposal supports
passage of H.R. 2901/S. 1679, the Flood Insurance Market Parity and Modernization Act, which clarifies that private flood insurance meets the mandatory flood insurance requirement. The House passed the legislation, seen as an NFIP alternative, earlier this year (Best’s News Service, April 29, 2016).