SPECIALIZES IN INSURING CONDOMINIUM OWNERS THROUGHOUT THE ENTIRE STATE OF FLORIDA.
HomeServicesNewsWaterfront Apartments Coming to Tampa Bay Amid Supply Wave 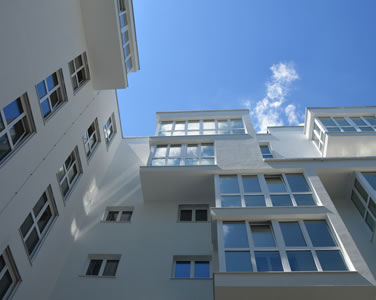 Preleasing has started for a waterfront apartment community on Florida’s west coast, located in a market with near-record-low vacancies despite a five-year surge in supply.

The Bainbridge Cos. said the first residents of the 360-unit Bainbridge Bayside in Clearwater, Florida, will move in by August. The average asking rent for the one-, two- and three-bedroom units is $1,890 a month, according to CoStar records.

The Central Pinellas County market appears near the end of a wave of new developments that increased supply by 15% since 2014, according to the latest report from CoStar Market Analytics.

“Perhaps most remarkable, this upward pressure only amounted to about a 50 basis point rise in the average vacancy rate from the all-time low in 2014,” the report stated.

Central Pinellas remains robust for investors, with annual rent growth above the historical average and ranking among the top half of Tampa Bay markets for annual rent gains, CoStar data shows.

Nationally, the multifamily market remains vibrant, with a still-strong U.S. economy leading to sustained rental demand, according to a new CoStar video. But Michael Cohen, vice president of CoStar Advisory Services, and John Affleck, vice president of CoStar Market Analytics, also point to potential trouble in Boston, Miami and other markets where development continues despite high levels of existing supply.

Amenities at Bainbridge Bayside include a white-sand beach overlooking Tampa Bay, a beachside hammock garden, stand-up paddleboards, a swimming pool and a boardwalk.

The community offers residents “a rare chance to embrace a luxurious, maintenance-free lifestyle right on the bay,” Bob Thollander, president of Florida development for Bainbridge, said in a statement.

Bainbridge, headquartered in Wellington, Florida, and Bethesda, Maryland, has three other apartment projects in Tampa Bay: 930 Central Flats; Bainbridge at Westshore Marina; and Bainbridge Ybor City. The firm has a portfolio of 49 properties across Florida, North Carolina, Maryland and Virginia.